We have the survey 'siting plan', which we received during the preparation of the building plans. This is critical for locating the trees, buildings and levels to submit with our demolition application.

I have been cleaning up around the house after the regular mowing and general drop-ins. We have lots of sandstone garden edging and lots of bricks and concrete/mortar spread throughout the yard. Over the last 2 months I have been increasing the areas I mow and clearing out the rubbish and weedy growth. I never fail to fill the Green waste bin, which our friendly neighbour always rolls out every fortnight. I can nearly see the back fence now!

We also submitted a tree application for the removal of a large Mango tree with Parramatta Council.  A couple of days later, I received a call from a council officer stating that "you don't need council approval to remove fruit trees".  Whilst we were of course pleased that we could go ahead and remove the tree without permission, I was a little baffled as to why they physically perused and accepted the application in their Parramatta offices in the first place, as it meant that they then had to issue me with a cheque refund for the application fee.  We are very pleased to be able to remove the tree, as it would have been an eyesore from our kitchen and eastern side access corridor. Not only is it an unattractive tree, but it smells of rotting fruit, and attracts flying bugs.  Even if you were willing to put up with the smell and appearance, it is too large and tall to even get to the fruit.

We have also been advised to disconnect the Natural Gas Meter. This is a rather puzzling process. Our gas retailer, Origin doesn't actually own the gas meter, or the network that delivers the gas. Rather, Jemena is the group that maintains this infrastructure. It seems a disconnection is not a simple matter of turning the tap off and locking/tagging the outlet. In effect, Origin submit a request on your behalf, called an abolishment. The strange thing is, there is not a standard price for this service. Origin were unable to even give us an approximate price guide.  I don't know what to expect when the bill arrives and I'm a little anxious about it.

So, earlier this week I received an email saying that the Meter Removal and Service Cutback had been sent to the local distribution network. When I visited today I was pleased to find a missing pipe on the meter. There was also a a neat little cutting where they obviously pulled back the service connection from the meter.

So we are ramping up to get things happening now.

Missing pipes can be good ;) 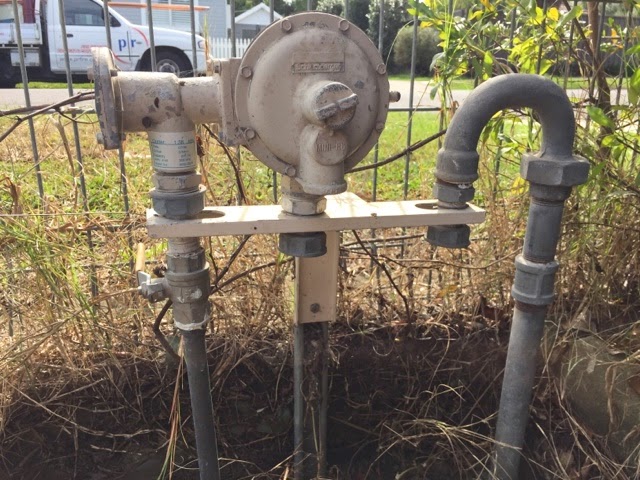 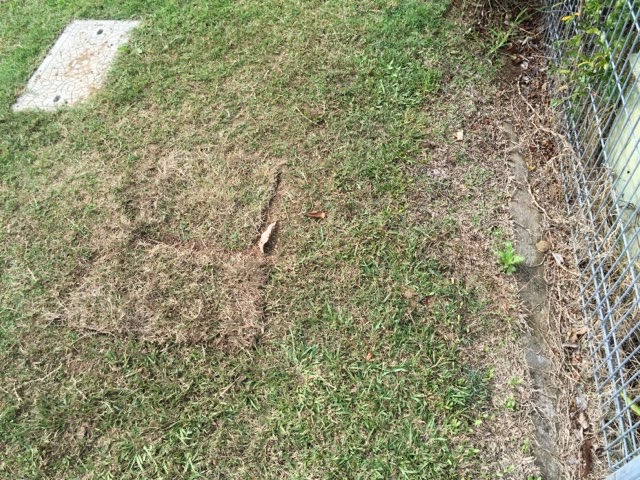 The next step will involve getting the demolition application into Parramatta Council via a Complying Development process.  Stay tuned!